Rick Kline is named the 2013 National Merchandiser of the Year (Public Facilities) by the PGA of America!

The 2013 PGA Merchandisers of the Year will be honored Jan. 17, 2014, at the Hammock Beach Resort in Palm Coast, Fla. “We are blessed with a talented class of national award recipients who have always represented our Association at the highest level,” said PGA of America President Ted Bishop. “They have been natural-born leaders and impact-makers in their respective fields. Whether it is in the golf shop, on the lesson tee or in front of community leaders, we are proud that this award class serves as the gold standard in the industry.” 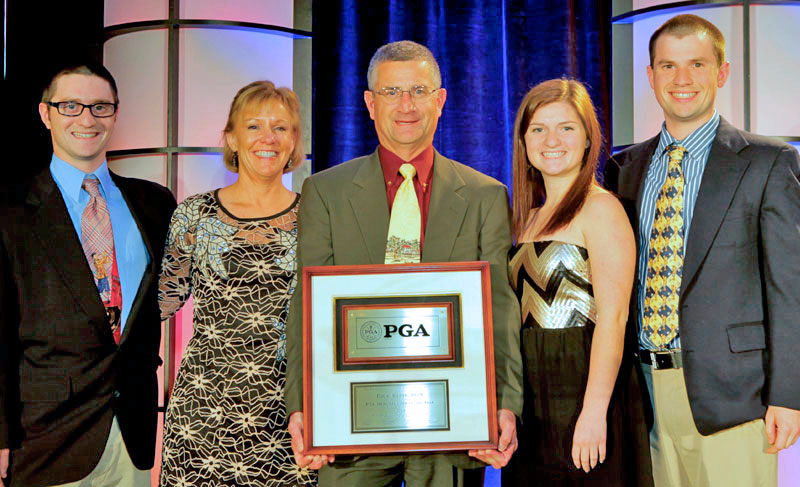 Kline began as an apprentice in 1984 at Seaview Country Club in Atlantic City, N.J., the host facility of the 1942 PGA Championship. In 1985, it was acquired by Marriott and became the Marriott Seaview Resort, where Kline would become PGA Director of Golf. At Sittler Golf Center, Kline has created a facility that has been named by Golf Range Magazine as a Top 50 Golf Range in America and by Golf Digest as one of the America’s 100 Best Club Fitters. Meanwhile, Kline has mentored 12 PGA members into becoming PGA head professionals. Kline and his wife, Patty, both graduates of Kutztown University, live in Lenhartsville, Pa. They are the parents of sons, Ricky and Ryan, and a daughter, Kasey.